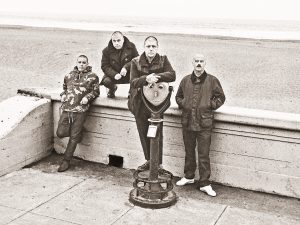 “They said we’d never make it this far, but here we are. We’re not stopping.”

Those are the first words the listener hears on The Old Firm Casuals’ new full-length, Holger Danske, and it doubles as the San Francisco street-punk band’s mission statement. Frontman Lars Frederiksen—yep, that Lars Frederiksen, the one who’s spent the past quarter-century writing, recording, performing and selling a few million records with punk icons Rancid—says even though he’s experienced massive success, the Casuals are just getting started.

“I always want to earn my stripes,” Frederiksen admits. “I don’t want to piggyback on anybody. Even in my most desperate times, I never took a handout. For me, it was the wrong thing to do to try and piggyback this band onto the back of Rancid. Rancid is its own entity. I always want to try to do things and have them succeed on their own merit. The Old Firm Casuals are a DIY band. We don’t have a manager. We book our own shows. This is the challenge and the fun of it.”

It’s that sort of intensity that has made The Old Firm Casuals—Frederiksen, guitarist Gabe Gavriloff, bassist Casey Watson and drummer Paul Rivas—surprisingly prolific and more than just a casual side project: Since their founding in 2010, the quartet has released more than a dozen EPs and split singles, as well as a raging debut full-length as a three-piece, This Means War, in 2014. But now, with the recent addition of virtuoso guitarist Gavriloff, the band is prepared to drop their finest work yet: Holger Danske, out March 15th on Pirates Press Records. What is Holger Danske, you ask? Well, you’re better off asking who?

“He’s Danish,” Frederiksen says. “There’s not much known about him, although he was a real guy. As the fable goes, he lives in the basement of a castle, and when Denmark is attacked, he will rise out of his chair and defend Denmark. In World War II, my uncle Vigo joined a Danish resistance movement called Holger Danske to fight against the Nazis. The Danish national team even put Holger Danske on their World Cup jersey.”

Frederiksen has frequently tapped into his Danish heritage and ancestry to fuel his songs, and Holger Danske is no different. One of the album’s standout tracks is “Motherland,” a hugely catchy, gritty punk song inspired by Frederiksen’s mother (a “straight off the boat” Danish immigrant, he says) that is explicitly about the way he wants to die, via (how else?) a Viking funeral.

“My mom was always like, ‘When I die, set me on fire and put me in the wind. Don’t put me in the ground, I don’t want to be cold,’” Frederiksen recalls. “I know it sounds weird, but that’s how that whole thing came to me.”

“I used to think people like George Bush and Ronald Reagan were bad, but now they got this fuckin’ guy?” Frederiksen says, exasperated. “I do my talking in music; I don’t try to preach to people. I think it turns people off. But music is a place where I can be artistic and also have my own opinion. A lot of these songs have this underlying theme of your immortality, and how temporary this life we lead is, and the fighting of oppression and fascism.”

The Old Firm Casuals’ sound, while rooted in the classic boot-stomping attack of Oi! and street-punk bands such as Cock Sparrer and The Exploited, isn’t afraid to delve deeper into rock history: “Casual Rock -N- Roll” channels Bon Scott-era AC/DC, while the epic, five-and-a-half-minute album closer “Zombie” feels like a long-lost Motörhead jam.

“Oi! music and punk music, that’s where I come from,” Frederiksen explains. “There’s always going to be that element in that music I make. But as I’ve gotten older and taken on the responsibility of writing a lot of these songs, my bandmates’ opinions and their tastes reflect in the music as well. It’s never really been a big secret that I love AC/DC and Motörhead—even KISS and Slade, bands like that. Those bands made a big impression on all of us. I’m never gonna get in the way of where a song is gonna go. If we feel like we’re writing a good song, then write the good song.”

As the frontman alludes, good songs can come from anywhere. Case in point, one of Holger Danske’s heaviest tracks, “Thunderbolt,” came from an unusual place: Frederiksen’s 7-year-old son Soren.

“He is a drummer. He’s very thunderous,” Frederiksen explains. “He’s got a little practice kit, and we’ll jam together. He’s really into thrash like Metallica, Slayer and Exodus, which are heavier than the Casuals usually are. I was trying to play something more hardcore that my son would jam to. For about a month-and-a-half, he would tell me to play this riff. So finally, I decided it was a pretty good riff and I brought it to the band, and it turns out a song I was jamming with my 7-year-old turned out to be pretty cool!”

That experience sums up Frederiksen’s overall motivation for making music: in order to be the best father and husband he can be, he has to play music.

“The goal for me is exorcise the demons,” he concludes. “It’s kind of a weird thing to say, but for me, if I don’t have music, I’m not alive. If I’m not creating something, I’m not living. I need to be playing music. That’s all I ever wanted to do and that’s all I ever will do. Only I can fuck that up.” 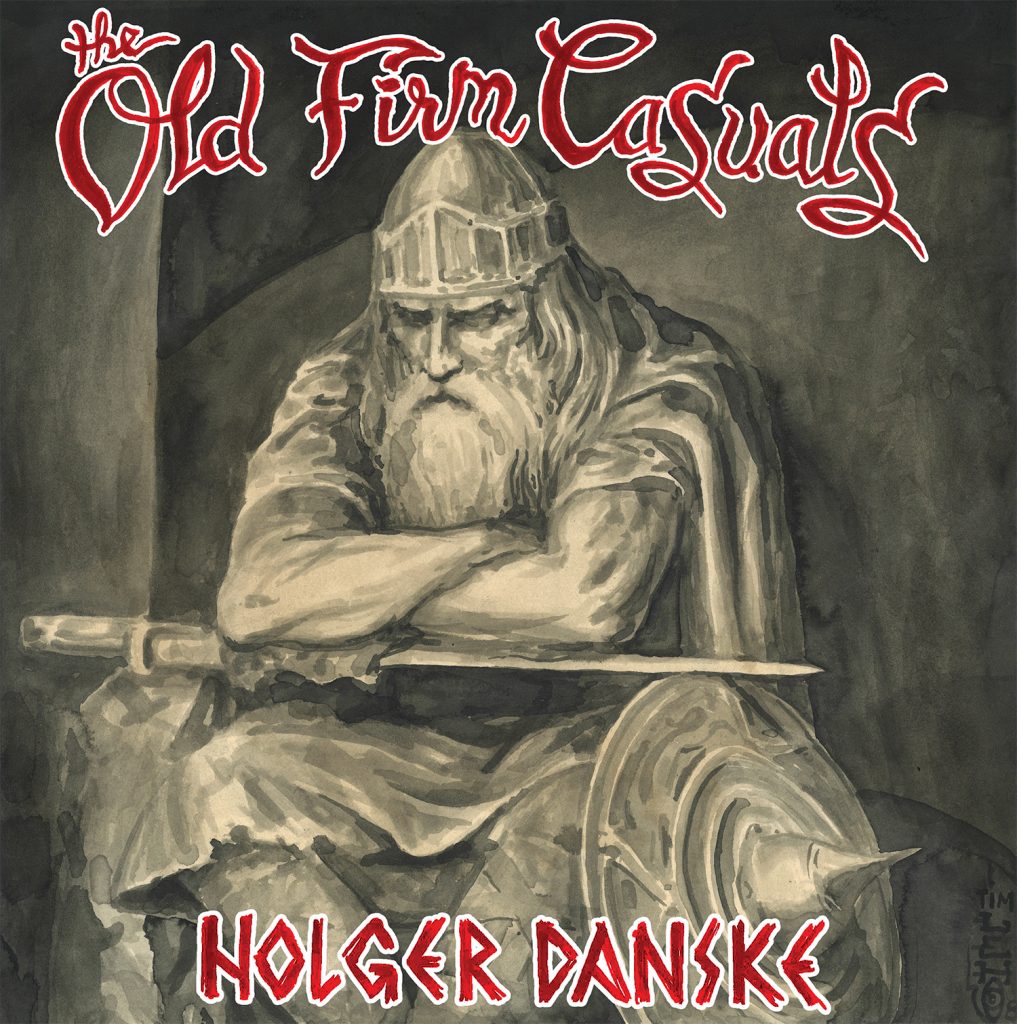 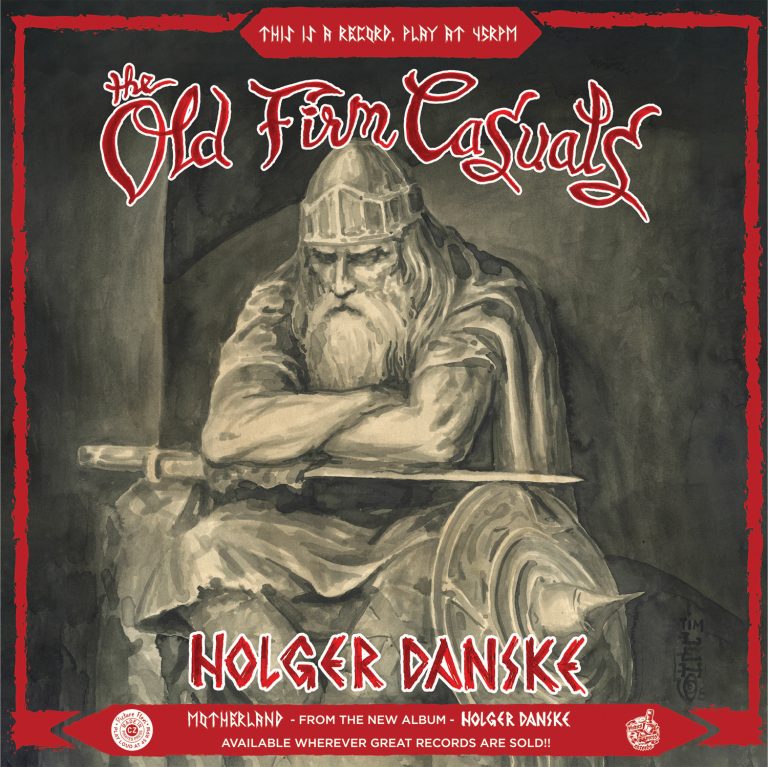 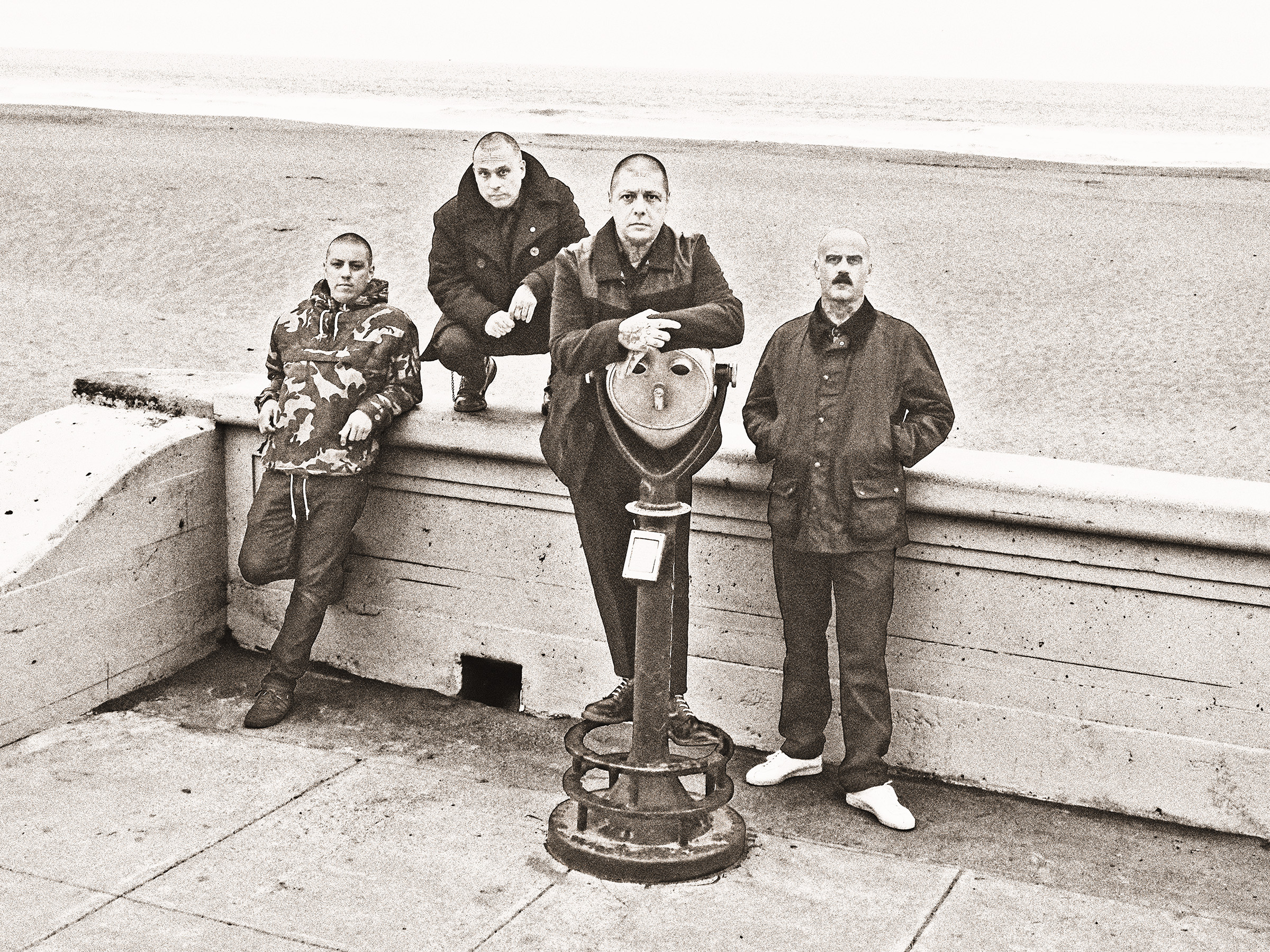 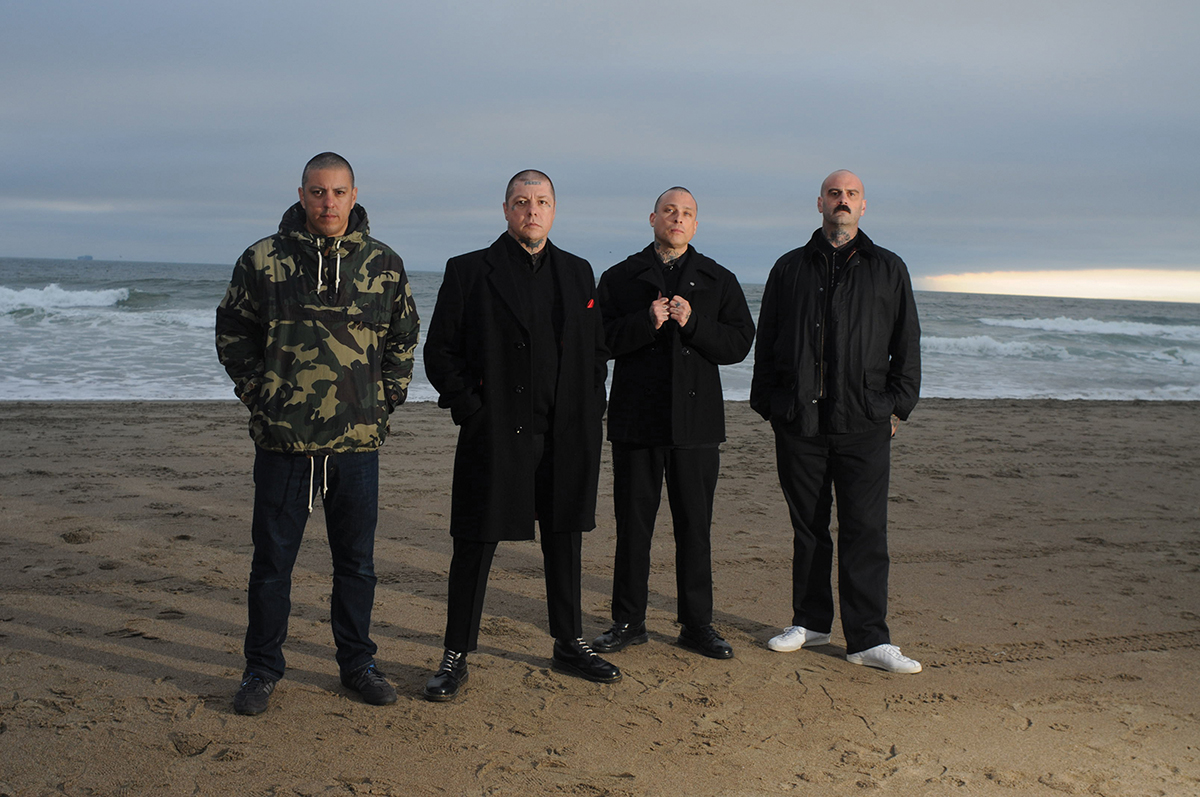 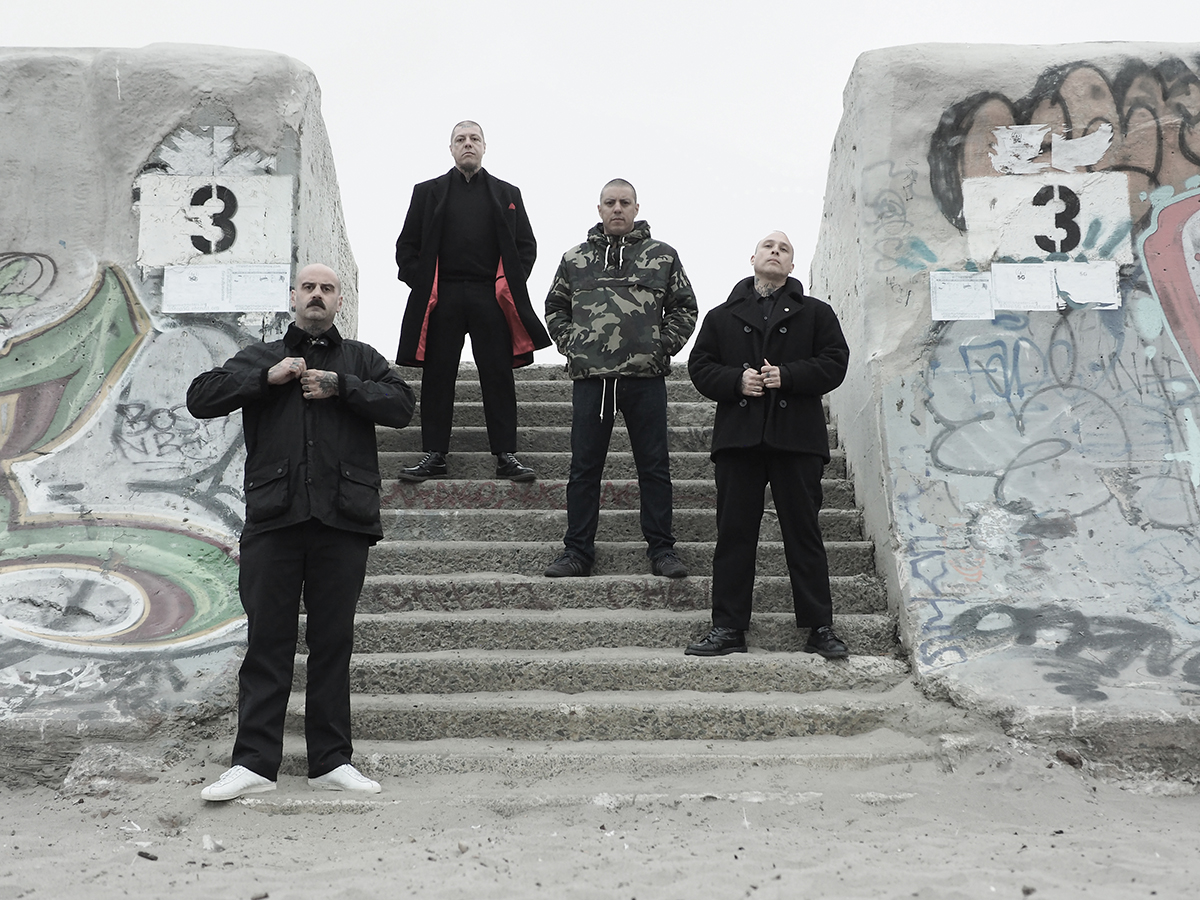 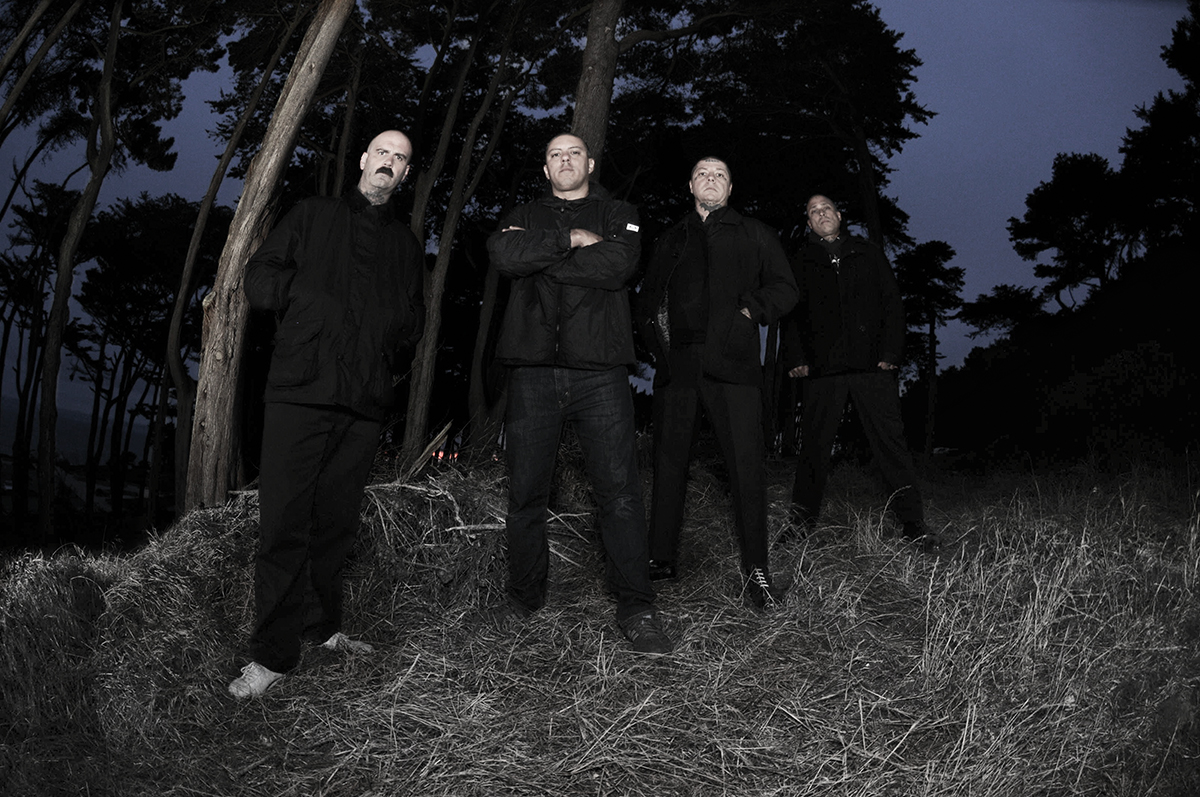